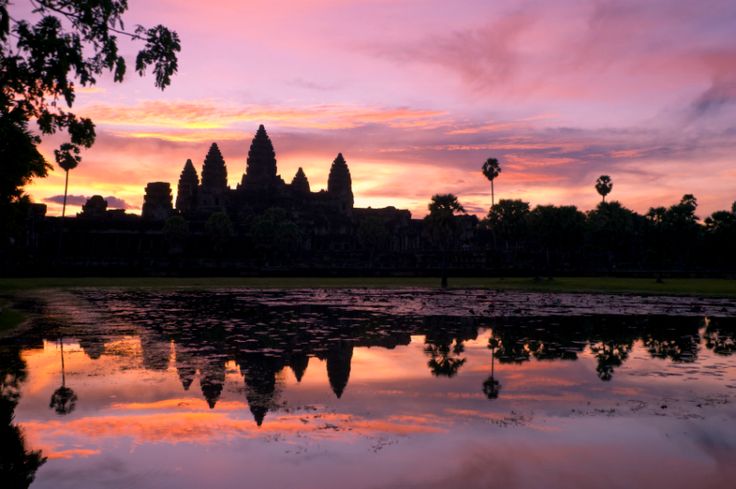 The life-support system for the temples of Angkor, Siem Reap (see-em ree-ep; សៀមរាប) was always destined for great things. It has reinvented itself as the epicentre of chic Cambodia, with everything from backpacker party pads to hip hotels, world-class wining and dining, and sumptuous spas.

This is good news for the long-suffering Khmers riding the wave, but it can make the town a little bling in places. While it’s not exactly authentic, just a short distance away lies Siem Reap Province and the real Cambodia of rural beauty. Explore floating villages and rare-bird sanctuaries or just cycle (or quad bike or pony trek) through the paddies as an antidote to the bustle of town.

Angkor is a place to be savoured, not rushed, and this is the base from which to plan your adventures. Still think three days at the temples is enough? Think again, with Siem Reap on the doorstep.

Siem Reap arrived on the world map in the early part of the 20th century, when French explorers “discovered” Angkor Wat. At the time, Siem Reap was merely a village, and was part of an area that had long been controlled by Thailand until the French Protectorate was established in 1863. Ironically, the name “Siem Reap” actually means “Thailand destroyed”, referring to the centuries-old conflict between the two nations.

The French began to restore the temples immediately and Angkor Wat quickly became one of the central attractions in Asia, pulling in celebrities and adventurers alike. The Grand Hotel D’Angkor (now Raffles) opened in 1929 and tourism numbers grew steady until the late sixties. However, the arrival of the Khmer Rouge and the tragedy and civil war that followed completely closed the country to tourism on that scale for over 20 years. After the UN elections were held in 1993 and the remnants of the civil war finally ended in 1998, the country became a viable tourist destination once more – the influx of the NGO community also bringing with it its own investments and business opportunities. Angelina Jolie’s Tomb Raider was released in 2001, splashing the temples of Angkor on cinema screens all over the world. Since then, Siem Reap has grown rapidly, going from a barely-paved village with a few small restaurants to a vibrant city, packed with markets, restaurants and luxury resorts in less than 15 years. Siem Reap now welcomes over 2 million visitors each year.