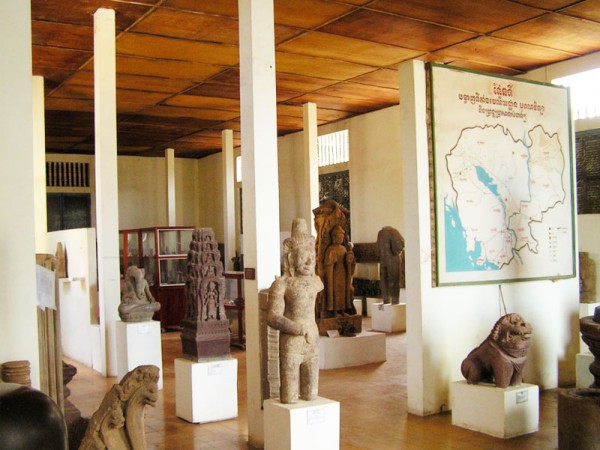 Battambang Museum: This small and rather dusty museum displays a trove of fine Angkorian lintels and statuary from all over Battambang Province, including pieces from Prasat Banan and Sneng. Signs are in Khmer, English and French.

A mammoth museum enlargement and modernisation project was in the planning stages when we were last in town and may be well under way by the time you visit. 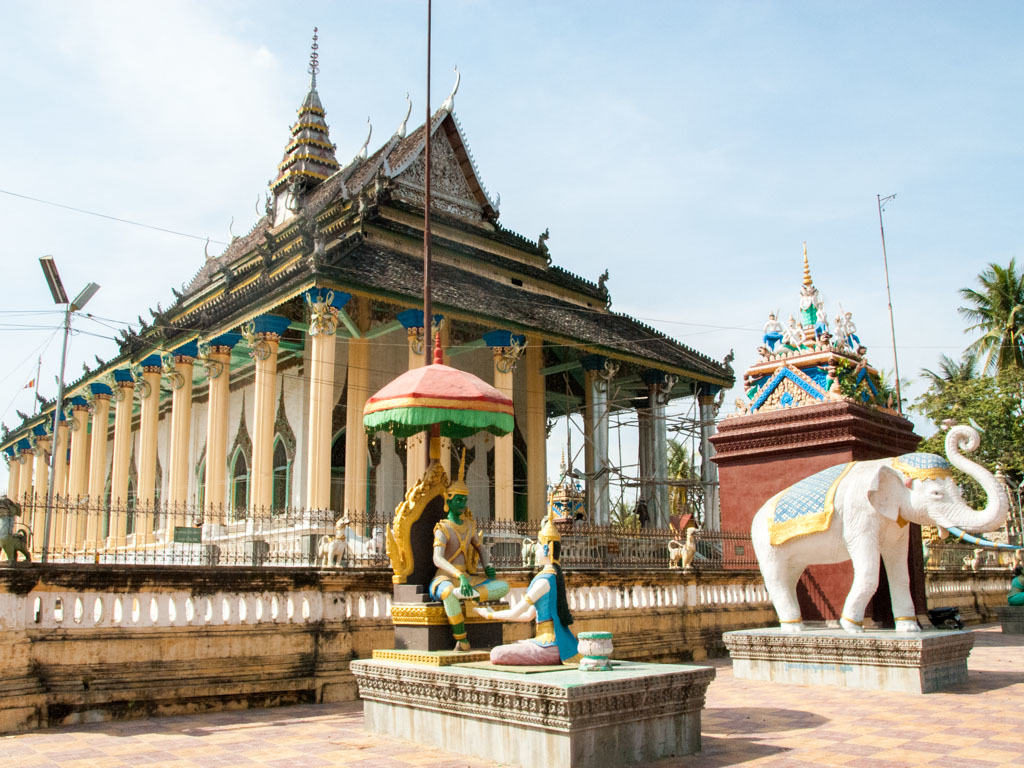 Ba Set Temple: It was built during the reign of King, Soriyak Varman I (1002–1050) and located on a hill at Ba Set village, Ta Pun commune in 15-kilometre (9 mi) distance from the provincial town. 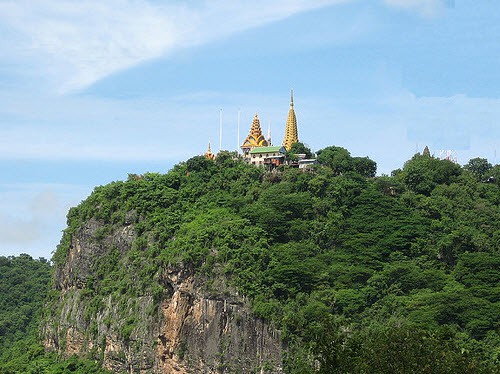 Phnom Sampeau: is the natural resort located along the National Road No 57 (the former National Road No 10) at Sam Puoy commune (the high land having more than 100-meter height) approximately 12-kilometer distance from the provincial town of Battambang. On the top of Sam Puoy Mountain, there are temple and three natural wells, namely Pkar Slar, Lo Khuon and Ak So Pheak. 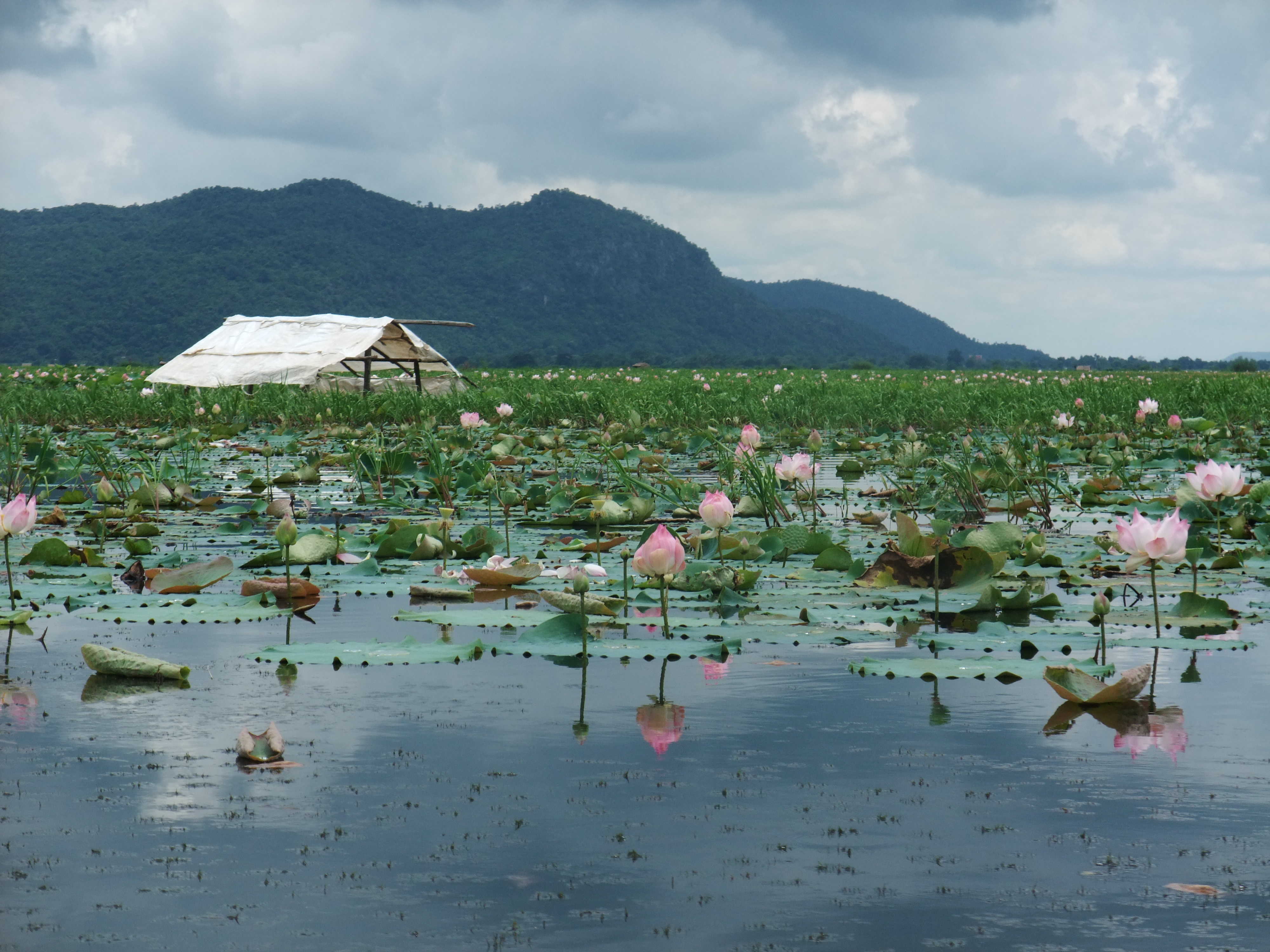 Kam Pinh Pouy Lake: The lake of Kamping Pouy is about 30 kilometers of Battambang, between the mountain Phom Kul and Phnom Kam Pinh Pouy, in the Nget village. Even though, the story of the lake is tragic, an other joyful tale is written today. At the beginning, the Khmer rouge built this basin to irrigate the countryside around Battambang. Unfortunately, tens of thousands of prisoners died in the lake. They were threw out in the water, when they died because of malnutrition and diseases. A peaceful and a mysterious mood reigns today on the lotus lake. The sacred flowers have got rid the darkness of, and bought out the light and the immortality of the lake’s depths. 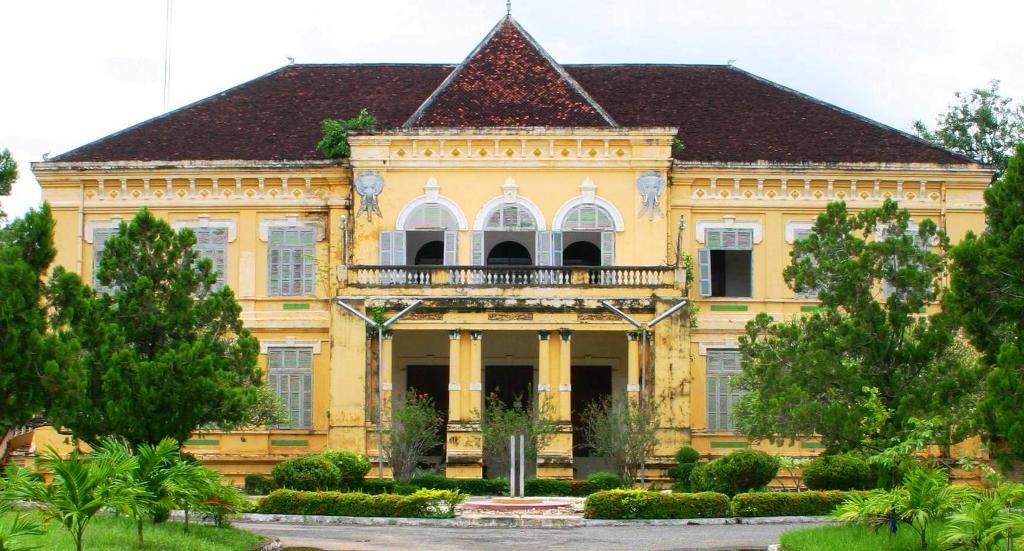 The two-storey Governor’s Residence, with its balconies and wooden shutters, is a handsome legacy of very early 1900s. The interior is closed but it should be possible to stroll the grounds. It was designed by an Italian architect for the last Thai governor, who departed in 1907. 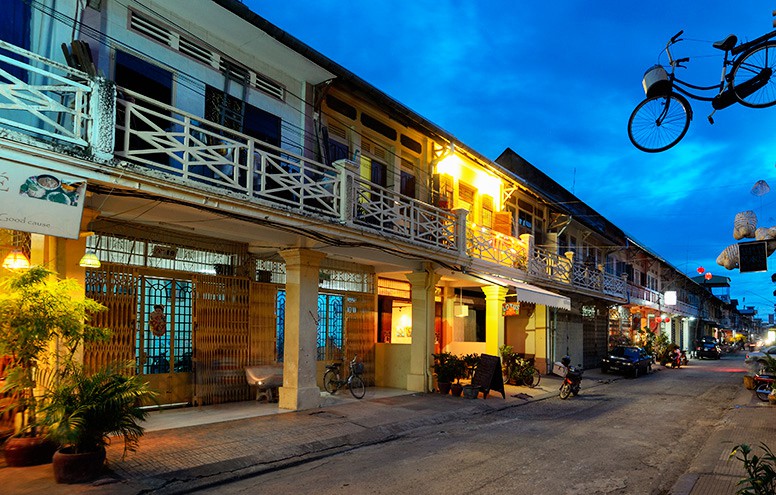 The name is not official yet, but all things point to the block of St 2½ that runs south of Psar Nath becoming Battambang’s first concentrated arts district. A gaggle of galleries, shops and funky bars have set up, including Lotus Bar and Make Maek, with more expected to follow. Make a point to have a stroll here and check out the latest happenings.