The glimmering spires of the Royal Palace, the fluttering saffron of the monks’ robes and the luscious location on the banks of the mighty Mekong – this is the Asia many daydream about from afar. Below is a list of places you can enjoy during your stay. 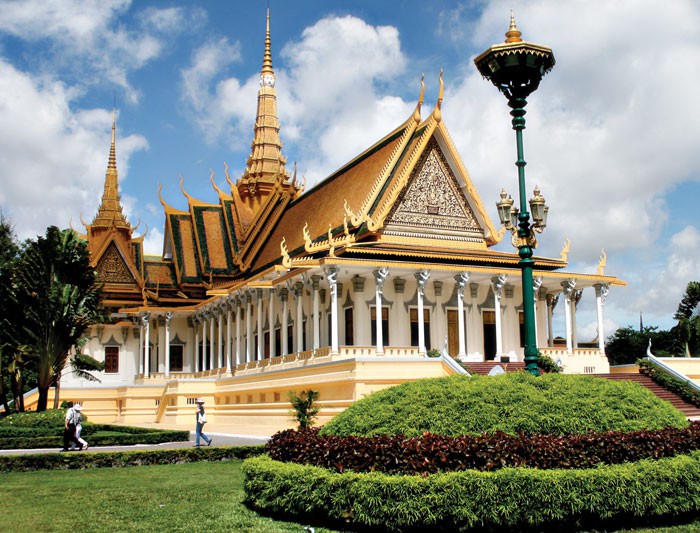 Royal Palace: The Royal Palace of Cambodia is a complex of buildings, even though it is generally understood to be the royal abode of the King of Cambodia. With its classic Khmer roofs and ornate gilding, the Royal Palace dominates the diminutive skyline of Phnom Penh. It’s a striking structure near the riverfront, bearing a remarkable likeness to its counterpart in Bangkok.

Being the official residence of King Sihamoni, parts of the massive palace compound are closed to the public. Visitors are allowed to visit only the throne hall and a clutch of buildings surrounding it. Adjacent to the palace, the Silver Pagoda complex is also open to the public.

Visitors need to wear shorts that reach to the knee, and T-shirts or blouses that reach to the elbow; otherwise they will have to rent an appropriate covering. The palace gets very busy on Sundays, when countryside Khmers come to pay their respects, but being in admist the thronging locals can be a fun way to experience the place. 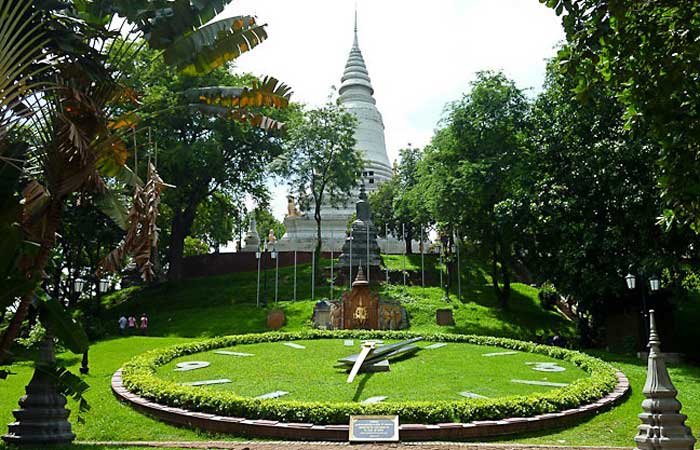 Wat Phnom: sits on a tree covered hill about 30m high in the northeast of the city.  It is said that the first pagoda was built in 1373 to house four statues of the Buddha deposited here by the Mekong river. It was discovered by a woman named Penh.  Thus, the name Phnom Penh, the hill of Penh. The people believe that this temple is powerful in that anyone who makes a wish will have it granted. It is not surprising to see many people coming here to pray for protection or healing.  Many bring lotus flowers as offerings for prayers answered. 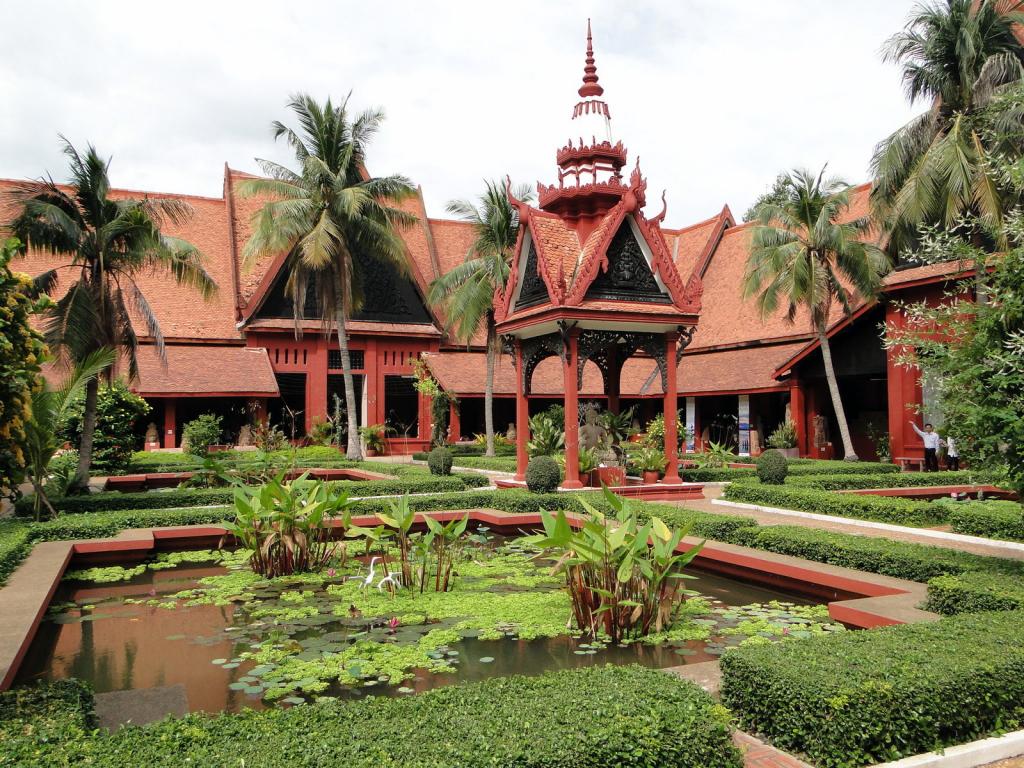 National Museum: Located just north of the Royal Palace, the National Museum of Cambodia is housed in a graceful terracotta structure of traditional design (built from 1917 to 1920), with an inviting courtyard garden. The museum is home to the world’s finest collection of Khmer sculpture – a millennium’s worth and more of masterful Khmer design. The museum comprises four pavilions, facing a pretty garden. Most visitors start left and continue in a clockwise, chronological direction.

The first significant sculpture to greet visitors is a large fragment – including the relatively intact head, shoulders and two arms – of an immense bronze reclining Vishnu statue, which was recovered from the Western Mebon temple near Angkor Wat in 1936. Continue into the left pavilion, where the pre-Angkorian collection begins, illustrating the journey from the human form of Indian sculpture to the more divine form of Khmer sculpture from the 5th to 8th centuries. Highlights include an imposing, eight-armed Vishnu statue from the 6th century found at Phnom Da, and a staring Harihara, combining the attributes of Shiva and Vishnu, from Prasat Andet in Kompong Thom province. The Angkor collection includes several striking statues of Shiva from the 9th, 10th and 11th centuries; a giant pair of wrestling monkeys (Ko Ker, 10th century); a beautiful 12th-century stele (stone) from Oddar Meanchey Province inscribed with scenes from the life of Shiva; and the sublime statue of a seated Jayavarman VII (r 1181–1219), his head bowed slightly in a meditative pose (Angkor Thom, late 12th century). 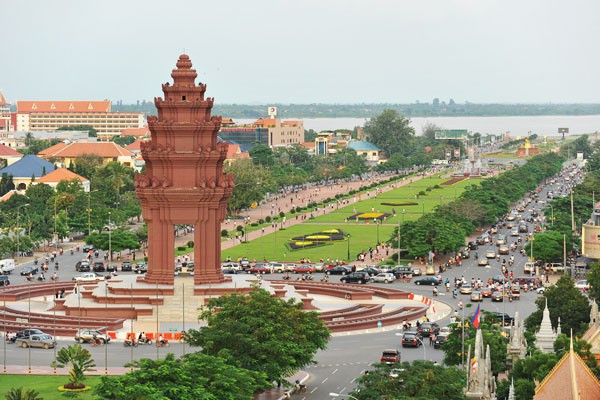 Independence Monument:Built in 1958 as a memorial to Cambodia’s war dead and to celebrate independence from foreign rule, the monument stands majestically on the intersection of Norodom Boulevard and Sihanouk Boulevard in the centre of the city. 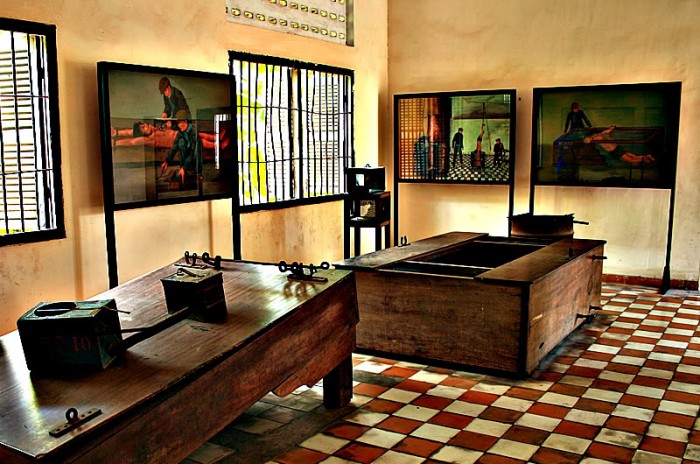 S-21: Tuol Svay Prey High School sits on a dusty road on the outskirts of Phnom Penh, Cambodia. In 1976, the Khmer Rouge renamed the high school S-21 and turned it into a torture, interrogation and execution center. Of the 14,000 people known to have entered, only seven survived. Not only did the Khmer Rouge carefully transcribe the prisoners’ interrogations; they also carefully photographed the vast majority of the inmates and created an astonishing photographic archive. Each of the almost 6,000 S-21 portraits that have been recovered tells a story shock, resignation, confusion, defiance and horror. Although the most gruesome images to come out of Cambodia were those of the mass graves, the most haunting were the portraits taken by the Khmer Rouge at S-21. 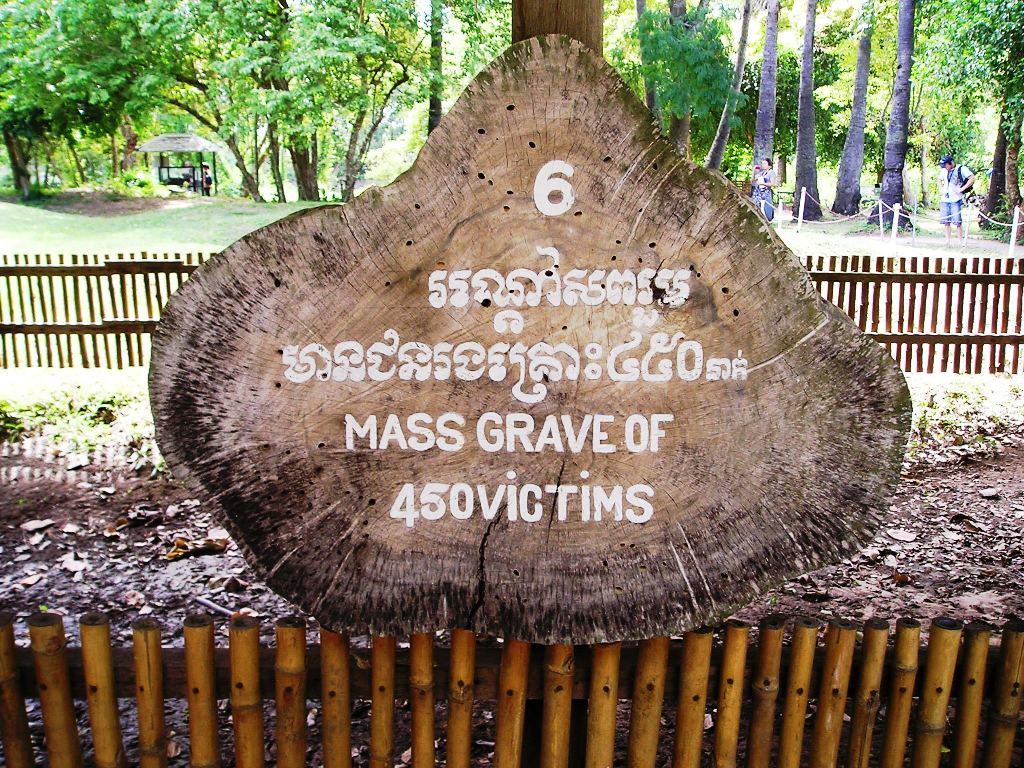 Killing Fields of Choeung Ek: between 1975 and 1978 about 17,000 men, women, children and infants who had been detained and tortured at S-21 were transported to the extermination camp of Choeung Ek. They were often bludgeoned to death to avoid wasting precious bullets.

Admission to the Killing Fields includes an excellent audio tour, available in several languages. The site is well signposted in English about 7.5km south of the city limits. Figure on about US$10 for a remork (drivers may ask for more). 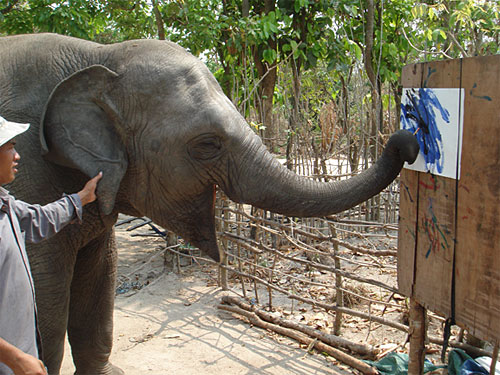 Phnom Tamao Wildlife Sanctuary:This wonderful wildlife sanctuary for rescued animals is home to gibbons, sun bears, elephants, tigers, lions, deer, ginormous pythons and a massive bird enclosure. They were all taken from poachers or abusive owners and receive care and shelter here as part of a sustainable breeding program. Wherever possible animals are released back into the wild once they have recovered. 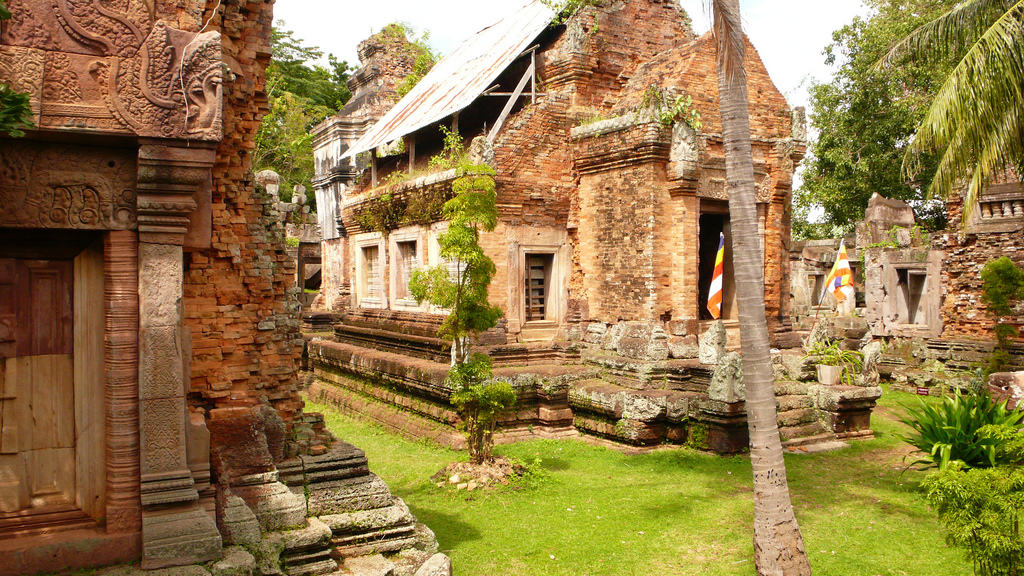 Phnom Chisor:A temple from the Angkorian era, Phnom Chisor is set upon a solitary hill in Takeo Province, offering superb views of the countryside. Try to get to Phnom Chisor early in the morning or late in the afternoon, as it is an uncomfortable climb in the heat of the midday sun. Phnom Chisor lies about 55km south of Phnom Penh.